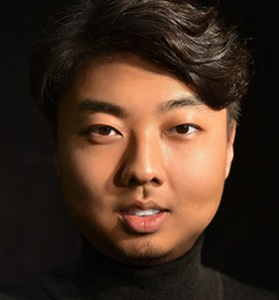 “…Tenor, WooYoung Yoon scored big, with eight pure and glorious high C’s in Tonio’s aria, “Ah, mes amis!” from the Daughter of the Regiment. Unlike famous performers of this knotty aria, Yoon didn’t rush into the climaxing ninth high C. He paused, took a big breath with a sigh, bringing friendly laughter from the audience, and then hit the rafters and held the note right into the inevitable ovation.”  The 2018 Merola finale was grand indeed.” ……. Janos Gereben-San Francisco Classical Voice

A 2019 Grand Prize Winner in the Orpheus Compeittion, the Korean Tenor’s recent opera credits include Ferrando in Cosi fan tutte, Tito in La Clemenza di Tito, and Belmonte in Die Entführung aus dem Serail at the Manhattan School of Music. A 2018 Merola participant, he returned to San Francisco Opera the following season for a recital in the Schwabacher Recital Series, before joining the New Jersey State Opera as Rodolfo in La Boheme. As a young artist at the Trentino Music Festival, he made his role debut as Don José in Carmen. He reprised the role the following season for the Martina Arroyo Foundation.