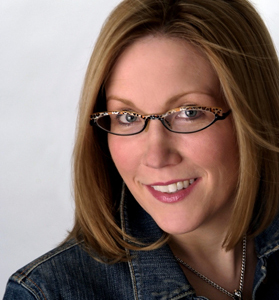 From 2002-2006, Ms. Blauers was a Visiting Professor in Opera at The Hartt School, teaching classes in acting and scene study to both graduate and undergraduate opera students. For the Hartt Opera Theater she directed Puccini’s Suor Angelica, Mark Adamo’s Little Women, Carlisle Floyd’s Susannah, and Benjamin Britten’s The Rape of Lucretia. While at The Hartt School Ms. Blauers founded The Company, a children’s music and theater program. During this time she produced and staged over thirty productions, including The Fantasticks, Titanic, West Side Story, Kiss me Kate, Into The Woods, You’re a Good Man Charlie Brown, Fiddler on the Roof, Beauty and the Beast, Carousel, Guys and Dolls, Annie, Camelot, Evita, Company, The Sound of Music, South Pacific, and Sweeny Todd. Her productions have been featured on CBS, NPR and on National Public Television.

After graduating with an advanced degree in opera performance, Ms. Blauers spent two years as Resident Soprano with Connecticut Opera. As a singer she was featured in such roles as Blondchen in Die Entfuhrung aus dem Serail, Gilda in Rigoletto, Oscar in Un Ballo in Maschera, Olympia in Les Contes d’Hoffman and the Queen in Die Zauberflöte. Concert work included countrywide concert tours of Sweden and the United States as winner of the Jenny Lind Competition. She appeared in recital for the Ambassador at the American Embassy in Stockholm, as well as on national radio and television. Ms. Blauers has appeared in numerous musical theater productions including Gigi opposite actor John O’Hurley.

She was educated at Universität Heidelberg, The Hartt School, and Trinity College and studied both acting and directing at HB Studios in New York.