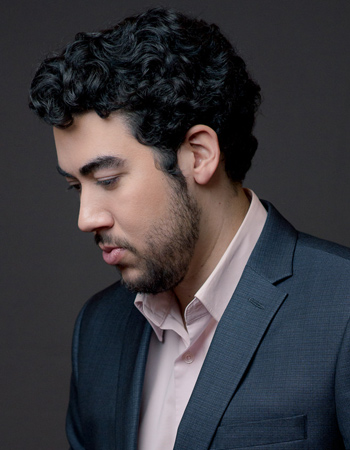 Praised for his “rich baritone and confident stage demeanor”, Puerto Rican baritone Ricardo José Rivera is  a 2021 alumnus of the Patrick G. and Shirley W. Ryan Opera Center at the Lyric Opera of Chicago.

During season 2020-2021, he was scheduled to make his Guest Artist debut with the Lyric Opera of Chicago as Silvio in I Pagliacci and was a cover for the roles of Conte D’Almaviva in Le nozze di Figaro and Belcore in L’elisir d’amore (canceled due to COVID).  Most recently he performed Papageno in Die Zauberflöte at the Aspen Music Festival and upcoming he will workshop the lead role of Julio Martel in newly commissioned opera The Tango Singer with the Houston Grand Opera. The baritone will also be heard as Silvano in Un ballo in Maschera with the Chicago Symphony Orchestra, conducted by Riccardo Muti.

Recent engagements include Claudio in Berlioz’s Béatrice et Bénédict and Angel #7 in the American premiere of contemporary opera Seven Angels by Luke Bedford, both with the Aspen Music Festival, Guglielmo in Così fan tutte with the International Lyric Academy of Rome and Silvano in Un ballo in maschera with Opera in the Heights.

In concert, he has performed with the Collaborative Arts Institute of Chicago in Mahler’s Des Knaben Wunderhorn and with the Civic Orchestra at the Chicago Symphony Center, Carl Orff’s Carmina Burana with the Dominican Republic Symphony Orchestra, and in several concerts with the Puerto Rico Symphony Orchestra. Also, in his native Puerto Rico he has performed with the Opera de Puerto Rico, Teatro de la Ópera, Ópera al Fresco and the Zarzuela and Operetta Foundation. In 2016, he portrayed the role of Don Quixote in Manuel de Falla’s Master Peter’s Puppet Show, as part of the prestigious Festival Casals.

Mr. Rivera has been the recipient of several grants, including the Richard F. Gold Career Grant presented by the Shoshana Foundation, First Prize and Audience Prize winner in the Houston Saengerbund Voice Competition, and Third Prize winner in the Metropolitan Opera National Council Auditions – Gulf Region.

His training includes the Britten-Pears Young Artist Programme, under the tutelage of Maestro Antonio Pappano, Sherrill Milnes’ VOICExperience, the International Lyric Academy of Rome, the American Masters of Opera Academy in Moscow, and the Aspen Music Festival.