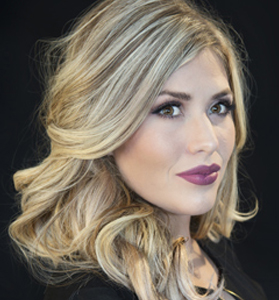 Italian-American lyric coloratura soprano Miriam Costa-Jackson is the youngest of the Costa Jackson Sisters. She has been engaged in music from a very young age, performing with the Utah Festival Opera in Verdi’s Rigoletto, Lerner & Loewe’s Brigadoon, and Mendelssohn’s Elijah.  In the 2019 season, Miriam appeared as Clorinda in Seattle Opera’s production of La Cenerentola, followed by a Three Singing Sisters concert at McCaw Hall, Seattle. She made her professional debut with Phoenicia Festival as Micaëla in Bizet’s Carmen in 2018.  Other roles include Die Königin der Nacht in Mozart’s Die Zauberflöte, Magda in Puccini’s La Rondine, and Rosita in Torroba’s Luisa Fernanda.

Miriam performs regularly with the Costa Jackson Sisters (Three Singing Sisters), which includes her sisters Ginger and Marina Costa Jackson.  They have presented concerts from such places as Nantucket, San Francisco, and Sun Valley Idaho, as well as two concert tours with the late Dmitri Hvorostovsky, where they presented concerts in Belarus, Minsk, and other cities throughout Russia.

Other concert engagements include Orff’s Carmina Burana for the American Festival Chorus, and a recital at the Italian Embassy in Washington, D.C.

Miriam studied with Renata Scotto at Santa Cecilia in Rome and with Sherrill Milnes at VOICExperience in Florida. Miriam was a 2018 finalist in the Metropolitan Opera National Council Regional Auditions, after having won the Utah District in 2017.  She has also been recognized by the Opera Index Awards.