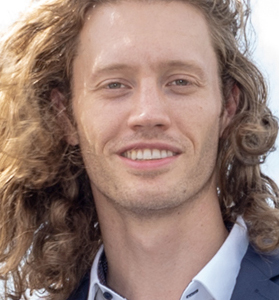 “Lucas van Lierop perfectly adapts his tenor to the genre; the robust is still there, but at the same time he manages to give a certain shine to his voice that the music of Domenica Cimarosa needs.” – Place de l’Opera, Dutch National Opera

Hailed as “a gifted tenor” (China Daily), Lucas van Lierop is a versatile singer, performing in opera, oratorio, and recital. This season he is seen as Spoletta in Tosca for the Dutch National Opera, Orphée, L’amor, Eurydice for a new production at Nederlandse Reisopera, and the Prince in The Snow Queen at the Concertgebouw conducted by Kent Nagano. His future engagements include Der Schneider in Königskinder, Pong in Turandot, and the Haushofmeister in Der Rosenkavalier all for Dutch National Opera, and the role of Richter in Das Wunder den Heliane for Nederlandse Reisopera.

Recent performances included performances at the Dutch National Opera in William Jeths Ritratto, and Basilio in Le Nozze di Figaro, Schubert’s Mass in Eb with the Nederlands Philharmonisch Orkest, and Beethoven’s Ninth Symphony with the Vancouver Symphony Orchestra (canceled due to COVID).

In August 2018 after graduating from the Yale University, Lucas joined the prestigious Dutch National Opera Studio in Amsterdam under the guidance of Rosemary Joshua. Recent performances with the DNO include the Male Chorus in Britten’s The Rape of Lucretia, Paulino in Cimarosa’s Il Matrimonio Segreto under the baton of Gianluca Capuano; Joe Cannon in John Adams’ Girls of the Golden West, direct by Peter Sellars; Heinrich der Schreiber in Christof Loy’s new production of Wagner’s Tannhäuser, conducted by Marc Albrecht.

Lucas has participated in masterclasses with Thomas Alan at SongFest, Graham Johnson at the Vancouver International Song Institute, and with Andreas Scholl at the Festival Sablé, Stuttgart Bach Academy, and the Britten-Pears Young Artist Programme in Aldeburg, England. Lucas was recently named a Laureate of the Jeunes Ambassadeurs Lyriques – one of Canada’s most prestigious vocal competitions.  In November 2017 he was a prize-winning semi-finalist in the Montreal Symphony Orchestra Competition.