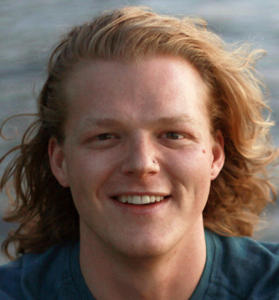 Erik Larson joined the Dallas Opera for their 2020 – 2021 season covering leading roles including the Count in Le Nozze di Figaro, Rodrigo in Don Carlo, and Jean-Dominque Bauby in The Diving Bell and the Butterfly. Additionally, he appeared as Sciarrone in Tosca, and was featured in concert with the Hart Institute for Women Conductors.  He recently joined the Atlanta Opera for Escamillo (cover) in Carmen and Tiger Brown in Three Penny Opera, performed the role of Moncada in Zorro with Ft. Worth Opera, and made his Carnegie Hall debut performing Mark Hayes’ Gloria. Upcoming engagements include the role of  Marullo in Rigoletto with the Dallas Opera, the role of Figaro in Le Nozze di Figaro with Virginia Opera, and Handel’s Messiah with the Memphis Symphony Orchestra.

During the 2019-2020 season, Erik made debuts with Austin Opera as Count Ceprano in Rigoletto, the Memphis Symphony Orchestra in Orff’s explosive Carmina Burana, and Fort Worth Opera  as Marcello in La Boheme, and Peter in Hänsel and Gretel.  He was further featured in the company’s pioneering new music initiative – Frontiers – where he sang selections from newly composed operas by Steven Aldridge (The Hatfield-McCoy Triptychs), Paul Fowler (Behold the Man), and Brian Rosen (Death of a Playboy).

Erik has been in the young artist programs at Des Moines Metro Opera, Sarasota Opera, and Music Academy of the West.  He has received recognition in competitions including the Metropolitan Opera National Council Auditions, the Gerda Lissner Foundation, and the Giulio Gari Foundation.