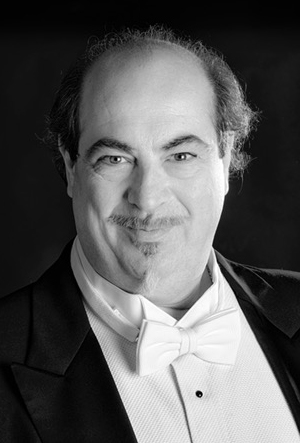 In a cast without weaknesses, bass Donato DiStefano’s Don Magnifico stands out. DiStefano is a great Italian singing actor, commanding every trick in the comedian’s arsenal, and manages to be spectacularly stylish without concealing Magnifico’s abusiveness.

One of the most sought after basses in the opera world, Donato DiStefano has sung at the Metropolitan Opera, La Scala, Munich, Paris, Brussels, Toronto, Dallas, Hamburg,  Toronto, Washington, Tokyo, Frankfurt, and Miami, just to name a few. Future engagements include Don Pasquale in Frankfurt and Oldenburg, Spinelloccio in Gianni Schicchi at the Bayerische Staatsoper and Don Pasquale at the Tiroler Festspiel Erl. Most recently he performed Simone in Gianni Schicchi with the Saito Kinen Festival, Alcindoro/Benoit in Koln and Toronto, Geronte in Manon Lescaut in Frankfurt, Bartolo in Barbiere at the Berlin Staatsoper, Il Trittico with Bayerische Staatsoper in Munich, and Geronimo in Il Matrimonio Segreto in Koln.  Prior to that he performed Mustafa in Nancy, Simone in Gianni Schicchi in Toronto, Bartolo in Munich, Don Magnifico in Valencia, Melitone in La Fortza del Destino with the Staattheater St. Gallen, Mustafa in Avignon, and Il Matrimonio Segreto in Köln. Prior to that he was heard at the Dallas Opera as Don Pasquale, the Metropolitan Opera as Simone in Gianni Schicchi, and the Washington National Opera as Bartolo in Il barbiere di Siviglia, a role he reprised in Leipzig, Munich and Lisbon. In the summer of 2016 he also performed Il Matrimonio Segreto at the Innsbruck Festival.

In 2010-2011 he returned to the Canadian Opera Company as Don Magnifico in La Cenerentola, debuted the Minnesota Opera as Don Magnifico, and performed Rossini’s Bartolo in Leipzig and Hamburg. In the 2008-2009 season he was Don Magnifico in La Cenerentola at La Monnaie in Brussels and L’Opéra National de Lorraine in Nancy, in the title role of Gianni Schicchi in Frankfurt, and as Don Basilio in Leipzig. In 2006/07 he appeared as Bartolo in Dallas, Simone in Gianni Schicchi for his Metropolitan Opera debut, the title role of Gianni Schicchi in Tel Aviv, and Geronte in the Florida Grand Opera’s production of Manon Lescaut. In 2007-08 he returned to Toronto as Bartolo in Nozze di Figaro and debuted at L’Opera de Montreal as Bartolo in Barbiere di Siviglia.

In the 2005-2006 season Mr. DiStefano was Don Magnifico in La Cenerentola at the Dallas Opera and the Michigan Opera Theatre, performed in Amsterdam and Tokyo, under the baton of Seiji Ozawa, as Bartolo in Il barbiere di Siviglia, and was Don Magnifico in Trieste. In the 2004-2005 season he appeared as Fra Melitone in La Forza del Destino at the Frankfurt Opera, Bartolo in  Il Barbiere di Siviglia in Amsterdam, Don Magnifico in Milwaukee, and Bartolo in Le Nozze di Figaro in Florence.In other recent seasons Mr. DiStefano has been heard as Simone in Gianni Schicchi at the Opéra National de Paris and in Toyko, as Bartolo in Il barbiere di Siviglia in Zürich, Frankfurt and the Staatsoper unter den Linden in Berlin, Don Magnifico in Brussels, Madrid, Tel Aviv, and Toyko, Dulcamara in L’elisir d’amore on a tour with the New Israeli Opera in Tel Aviv and at the Scottish Opera, Bartolo in Le nozze di Figaro at the La Fenice in Venice, in Cardiff, Madrid, and Florence, and was Don Pasquale in Miami and Detroit.  Mr. DiStefano made his debut as Falstaff at the Saito Kinen Festival of 2003, under the baton of Seiji Ozawa.

Significant performances have included the Protagonist in the world première of Hanjo by Marcello Panni produced by Bob Wilson at the Maggio Musicale Fiorentino, Bartolo in Le Nozze di Figaro in Salzburg conducted by Nicolaus Harnoncourt and staged by Luc Bondy, Simone in Gianni Schicchi at the Teatro alla Scala, Mustafà in L’italiana in Algeri at the Rossini Opera Festival and at the Deutsche Oper of Berlin, Uberto in La Serva Padrona at the Théâtre la Monnaie in Brussels conducted by Sigiswald Kuijken, Il Turco in Italia at the Teatro alla Scala under Riccardo Chailly, Dulcamara in L’Elisir d’amore at the New Israeli Opera and the Teatro Comunale di Firenze.

Donato Di Stefano’s discography includes two recordings of La Serva Padrona, with La Petite Bande conducted by Sigiswald Kuijken for Accent Live, and one under Gustav Kuhn for Ricordi-Bmg. A broadcast production of the same title for RAI International is slated for release on DVD. He can also be heard as Bartolo in Le Nozze di Figaro on Naxos, La Traviata with Zubin Mehta on Philips, Rendine’s Un Segreto di Importanza for Ricordi, Linda di Chamounix on Frequenz and Soliva’s Giulio e Sesto Pompeo for the Radio Svizzera Italiana label.