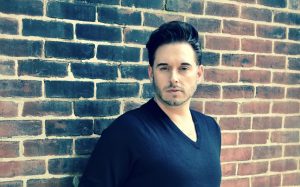 “…Dominick Chenes’ Rodolfo, whose remarkable stamina, vocal range, and dramatic capabilities pulled the show together into a compelling dramatic arc. His fragile relationship with Mimi was complex and yet, by the end, movingly simple…” -bachtrack La Boheme, Welsh National Opera

Reviewed in the Huffington Post as a “breakout star” and “powerhouse lyric tenor”, Dominick Chenes’ recent engagements include debuts with Opéra Royal de Wallonie-Liège as Pinkerton in Madame Butterfly, Alfredo in La Traviata for Tokyo New National Theatre, Cavaradossi in Tosca for Seattle Opera, and Pollione in Norma for Musica Viva Hong Kong and Oper Leipzig. This season he joins the San Francisco Opera and Lyric Opera of Chicago for Tosca, the Boston Youth Symphony for Alfredo, Las Vegas Opera for Cavaradossi, and returns to the Reading Symphony for the Verdi Requiem. Next season he return to Lyric Opera of Chicago for Don Carlos (cover).

Most recent performances include Seattle Opera as Pinkerton in Madame Butterfly, Opera Colorado as Rodolfo in La Boheme, New Orleans Opera as Turiddu Cavalleria Rusticana, Valencia as Carlo in I Masnadieri conducted by music director Roberto Abbado, Cavaradossi in Tosca with the Reading Symphony, Musica Viva Hong Kong for Pinkerton and Rodolfo, and La Reine de Saba with Odyssey Opera.

His Lyric Opera of Chicago debut was in the role of Faust (cover). He has performed Don Jose in Carmen with Palm Beach Opera, Alfredo in La Traviata at the Pa Skaret Opera Festival in Sweden, Riccardo in Un Ballo in Maschera with Austin Lyric Opera, debuted Grand Theatre de Genevre as Lopas in Les Troyens with Maestro Dutoit, Cavaradossi in Tosca with the Minnesota Opera, Pinkerton for Austin Lyric Opera, Don Jose with Utah Opera, Rodolfo with the Welsh National Opera.

Dominick is a graduate of the Academy of Vocal Arts where he has performed Rodolfo in La Boheme conducted by Christofer Macatsoris. Other roles at AVA include Alfredo is La Traviata, Gherman in Pique Dame, and Riccardo in Un Ballo in Maschera.

Mr. Chenes made his Alice Tully hall debut with the Licia Albanese Puccini Foundation as well as a concert for the Gerda Lissner Foundation in Zankel Hall. He took part in the Russian Opera Workshop in Philadelphia where he sang the role of Paolo in Francesca di Rimini. While an apprentice with the Utah Symphony Opera Program he performed in their productions of Madame Butterfly, Don Pasquale, Regina and as the Witch in Hansel and Gretel.