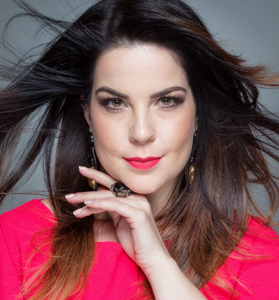 Italian-Brazilian soprano Camila Titinger was a 2015 prize recipient of the Neue Stimmen Singing Competition in Germany. In 2016 she opened the season of the Bregenz Festival in Austria under baton of Maestro Paolo Carignani and the Vienna Symphony Orchestra, and in 2017 she made her made her French debut interpreting the role of Contessa di Almaviva in Mozart’s Le Nozze di Figaro at the Opéra de Toulon. In that same year she was a prize recipient of the Paris Opera Competition held in Paris at the Théâtre des Champs-Élysées.

A graduate of the Centre Perfeccionament Plácido Domingo at the Les Arts in Valencia, this season Camila performs Micaela in Carmen with Opera North in Leeds, Fiordiligi in Cosi fan tutte for Garsington Opera, Bachianas Brasileiras No.5 by Villa-Lobos with the Philharmonie de Paris, and Opera de Rouen Normandie, and Suite da Floresta do Amazonas with Técnica Real Filharmonía de Galicia. Upcoming performances include her Carnegie Hall debut under the baton of Marin Alsop with the São Paulo Symphony Orchestra, and Beethoven’s Ninth Symphony in Brazil with the São Paulo Symphony Orchestra.