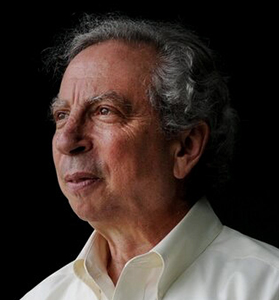 “Under the baton of renowned conductor Arthur Fagen, whose respect for Beethoven’s score was apparent in every bar of his reading of it, the musicians played with precision of pitch, rhythm, and ensemble that would have been remarkable in any performance… Fagen’s conducting was the catalyst for an incendiary musical reaction.”
– Fidelio, North Carolina Opera 2021 – Voix des Arts

Arthur Fagen has been the Music Director of the Atlanta Opera since 2010. Mr. Fagen is in great demand as a conductor of symphony and opera in Europe, Asia, South America, and the United States. His is a regular guest of the most prestigious opera, concert halls, and music festivals at home and abroad.

With an operatic repertoire that spans more than 90 works, he has been the Principal Conductor in Kassel and Brunswick, Chief Conductor of the Flanders Opera of Antwerp and Ghent, Music Director of the Queens Symphony Orchestra and a member of the conducting staff of the Chicago Lyric Opera. From 2002/2007 Mr. Fagen was the Music Director of the Dortmund Philharmonic Orchestra and the Dortmund Opera. Under his leadership and following his successful concerts with the Dortmund Philharmonic at the Grosse Festspielhaus in Salzburg, he was invited to tour with the orchestra through Holland at the Concertgebouw in Amsterdam, Belgium at the Palais de Beaux-Arts in Brussels, and Austria (Salzburg) and China (Beijing and Shanghai). He conducted in that period, among others, new opera productions of Siegfried, Götterdämmerung, and two Ring Cycles.

Mr. Fagen has recorded for BMG, Bayerischer Rundfunk, SFB and WDR Cologne, and has enjoyed a long-term relationship with Naxos label. He has completed the 6 symphonies of Bohuslav Martinu and Liszt’s Hungarian Rhapsodies with the Staatskapelle Weimar. The Naxos recording of Martinu’s Piano Concertos has been awarded an Editor’s Choice of Gramophone Magazing. Bernard Rand’s first recording of the opera Vincent earned outstanding reviews and the Naxos recording of David Diamond’s Symphony N.6 and Rounds for String Orchestra received enthusiastic reviews from international critics. Fagen’s newest Naxos release with the Vienna Radio Symphony Orchestra was released in June 2020, fea-turing works by African-American composers William Dawson Levi, and Ulysses Kay which earned Fagen high praise; “Arthur Fagen conducts each score with incisive authority,” writes Donald Rosenberg on Gramophone Magazine, and “Ar-thur Fagen and the ORF Vienna Radio Symphony Orchestra provide us with another crucial look at this complex, vibrant opus,” says Seth Colter Wall of the New York Times.

Mr. Fagen is Professor of Orchestral Conducting at the Jacobs School of Music at Indiana University.