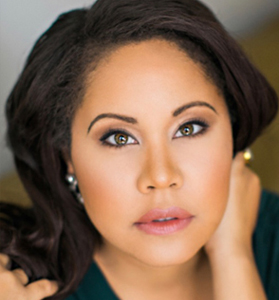 “The Glimmerglass Festival – “Among the Young Artists who formed the Greek choruses, Ariana Wehr, with her alert leggiero soprano, was a particular standout, and she had a delightful bit as a sparky nurse in the maternity ward.”
– Fred Cohn, Opera News

Ms. Wehr debuted the roles of Girlfriend #1/Nurse/Congregant in Blue at the 2019 Glimmerglass Festival to great critical acclaim. Other recent performances include Despina in Cosi fan tutte for Opera in the Heights, Gretel in Hansel and Gretel in a return to Brava Opera Theater, Stravinsky’s Pulcinella with the Naples Philharmonic, Micaela in Carmen with Opera Louisiane, Amy March in Mark Adamo’s Little Women with Annapolis Opera, Konstanze in Mozart’s The Abduction from the Seraglio with Brava! Opera Theater, and Abigail Williams in Francesca Zambello’s production of The Crucible at The Glimmerglass Festival .

She was invited to sing in the Cardiff Singer of the World Competition in 2021 and in 2018 advanced to the Semi-Finals of the Metropolitan Opera National Council Auditions. For the Washington National Opera she has been seen as Barbarina in Le Nozze di Figaro, Susanna in the Domingo-Cafritz  performance of Le Nozze di Figaro, Ms. Holy in the world premiere of Mohammed Fairouz’s The Dictator’s Wife, Gretel in Hansel and Gretel, Frasquita in Carmen, Kahua in the world premiere of Better Gods, and Zerlina in Mozart’s Don Giovanni directed by Francesca Zambello.