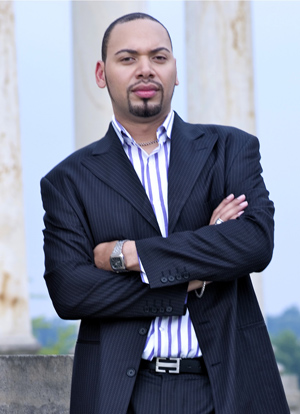 “A mountain of a voice, with resonance from the Escorial of Philip II, the throne of Boris Godunov, and the majestic court of Sarastro. Thompson delivered all the goods…” (San Francisco Classical Voice).

“His voice shook the rafters and his height and gravitas took patrons aback. Every time Thompson appeared it was big-time opera” (The San Francisco Examiner)

The American Bass, Kevin Thompson, possesses a voice with extraordinary range, depth, color combined with a commanding stage presence. Recent 2021 engagements include Sparafucile in Shreveport Opera’s Rigoletto, a Soloist in Tulsa Opera’s Greenwood Overcomes, and Polonius in Ruse Opera’s (Bulgaria) Hamlet.  Kevin was seen as Monterone in Tulsa Opera’s 2020 socially distant production of Rigoletto. He debuted with the New York City Opera and Opera Carolina as the Old Gypsy in Aleko, Sparafucile in Rigoletto and Thibault in Maid of Orleans both with the New Orleans Opera. Kevin performed the role of Aboul Hassan in the American premier of Bottesini’s Ali Baba with Southwest Opera, Solomon in Gounoud’s La Reine de Saba with Odyssey Opera, Korngold’s Das Wunder der Heliane with Maestro Leon Botstien at the Bard Festival, Verdi’s Requiem with the National Chorale at Avery Fisher Hall, Wagner’s Rienzi at the Kennedy Center, Handel’s Messiah with the National Philharmonic, Osmin in Die Entfuhrung as dem Serail at the Walnut Creek Festival, and the role of Captain in Daniel Catan’s Florencia en el Amazonas with the New York City Opera. Mr. Thompson has performed the role of Ahmed Sumani in the world premiere of Qadar at the Kennedy Center; Sparafucile in Rigoletto with Opera Santa Barbara; Beethoven’s Missa Solemnis for the Kennedy Center; Osmin in Die Entfuhrung as dem Serail and Mephistopheles in Faust with West Bay Opera, Mozart’s  Requiem with the St. Louis Symphony, Verdi’s Requiem with Tallahassee Symphony, Basilio in the Barber of Seville with Opera Hong Kong, Angelotti in Tosca with Opera Tampa.  At Bob Jones University he appeared as Raimondo in Lucia di Lammermoor, performed Thibault in The Maid of Orleans with Odyssey Opera, and Ramphis in Aida with Knoxville Opera. He performed with the National Choral as a soloist for Thy Will be Done, the Verdi Requiem with the Chautauqua Institute and Lord Nelson’s Mass at Carnegie Hall. Up and coming engagements include Sparafucile with Nashville Opera, and a return to Tulsa Opera for Richard Strauss’ Salome, as well as Oroveso in Norma with the Walnut Creek Festival, and the role of the Old Hebrew in Samson et Dalila.

Mr. Thompson appeared in the world premiere of Die Weisse Furstin in Munich and in the US premiere of Haggadah shel Pesah (Passover in Exile) at Carnegie Hall in New York.  As a permanent part of the Smithsonian Institute’s Hirschorn Gallery in Washington, D.C., Mr. Thompson is featured singing “Old Man River” in occurring audio walk artwork exhibit entitled “Words Drawn in Water” by artist Janet Cardiff. He is a graduate of Juilliard, and was a young artist at the Aspen Music Festival.  Mr. Thompson is the recipient of numerous awards including those from the National Symphony Competition, the Don Giovanni International Competition, the Meistersinger Competition, Marian Anderson Scholar, the Paul Robeson Competition, and the Rosa Ponselle Competition.