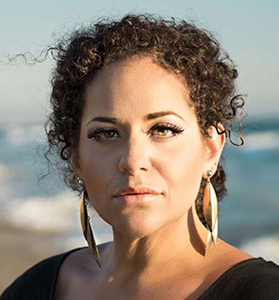 Praised as “lush” by The Wall Street Journal, mezzo-soprano Jenni Bank’s recent engagements include Larina in Eugene Onegin for Opera Omaha, Marcellina in Le Nozze di Figaro and the Marquise in La fille du régiment for Hawaii Opera Theatre and Florentine Opera, the Mother in The Consul for Baltimore Concert Opera, and Mrs De Rocher in Dead Man Walking for Delaware Opera. Her New York City Opera debut was as Mrs. Twist in the US Premiere of Charles Wuorinen’s Brokeback Mountain.

Ms. Bank past performances include La Zia Principessa in Suor Angelica for Columbus Opera, Third Lady in Die Zauberflöte for Seattle Opera and the Lyric Opera of Chicago (cover), and Mrs. Lovett in Sweeney Todd for the Baltimore Concert Opera, Mary in Die Fliegende Holländer with Florentine Opera Company, The Old Lady in Candide and Mrs. Peachum in Kurt Weill’s The Threepenny Opera with Amarillo Opera, Golde in Fiddler on the Roof with Ash Lawn Opera, The Witch in Hänsel und Gretel for Opera in the Heights, Ruth in Pirates of Penzance with Knoxville Opera, Little Buttercup in H.M.S. Pinafore for Baltimore, Emilia in Rossini’s Otello with the Bard Summer Music Festival.

Known for her prowess in contemporary opera, Ms. Bank performed the role of The Duchess in The American Premier of Unsuk Chin’s Alice in Wonderland with Opera Theatre of Saint Louis for which Opera News called her performance “a standout”, proclaiming she possessed “a luscious, dramatic voice and plenty of stage humor.” She made her European debut singing the same opera with the Royal Stockholm Philharmonic. She has performed this work with the Bergen Filharmoniske Orkester, The Oslo Opera House in Norway, The Seoul Philharmonic, the Los Angeles Philharmonic, and in London with the BBC Symphony Orchestra. Ms. Bank also created the role of Firdhaus Noman in the World Premiere adaptation of Salmon Rushdie’s novel Shalimar the Clown, composed by Jack Perla with a libretto by Rajiv Joseph, at Opera Theatre Saint Louis and will be featured in the much-anticipated release of the cast recording.