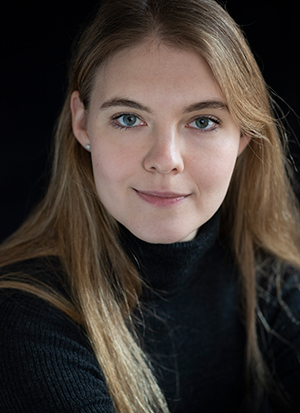 The wonderful Erika Baikoff brought relief to the Mahler landscape in the last movement sublimely introduced by the harp and the clarinet. With a pure and very expressive voice, both in the music and in the text, the Russian-American soprano envelops in a fragile but transparent case the paradise described in this wonderful music. – Augustine Javel

Russian-American Soprano, Erika Baikoff, is currently a member of the Lindemann Young Artist Development Program at the Metropolitan Opera. Prior to this she was a member of Lyon National Opera Studio where her roles included Le Feu/ Princesse/ Rossignol in Ravel’s L’Enfant et les Sortilèges, Barbarina in Le Nozze di Figaro and the soprano solo in Mahler’s 4th Symphony under the baton of Daniele Rustoni. She was heard in the role of Juliet in Boris Blacher’s Romeo and Juliet and Anna in Verdi’s Nabucco.

She has participated in summer courses such as the Internationale Meistersinger Akademie, directed by Edith Wiens, the Chautauqua Institute, and Songfest as a Schubert Fellow. She holds a Bachelor of Arts in French Studies from Princeton University and a Master of Music from The Guildhall School of Music, under the tutelage of Prof. Rudolf Piernay. 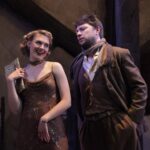 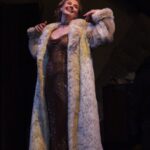